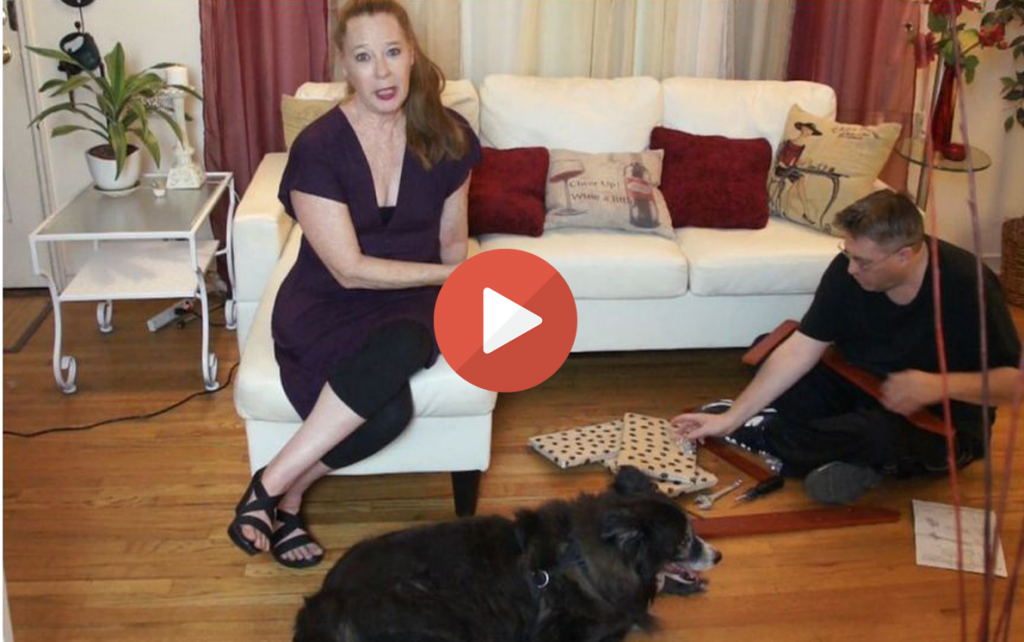 For a laugh Home organization Videos 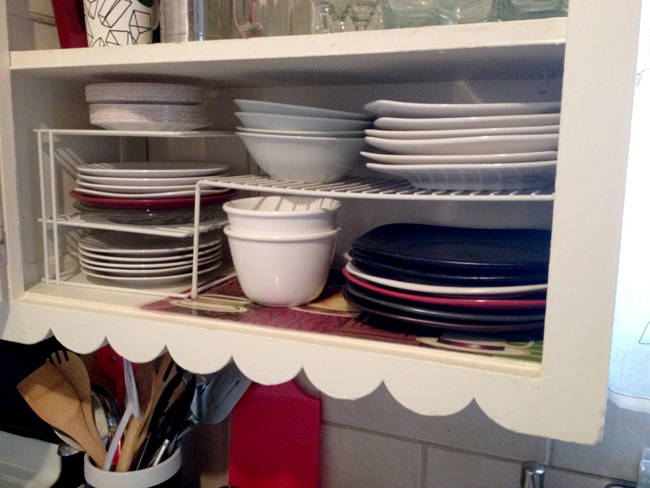 Taming The Chaos Tiger In Cabinets

The Organizing Lady / September 16, 2015
If you've heard of Barbara Hemphill's book "Taming The Paper Tiger" then you know it's about organizing paper. Well here's how to tame the chaos tiger in your cabinets. In this case, I'll be showing my very own kitchen cabinets. I basically use the necessary "tools" in the cabinets that will maximize the space, help keep things organized inside, and be easy to see to find what I'm looking for.
Read More
kitchen cabinet organization 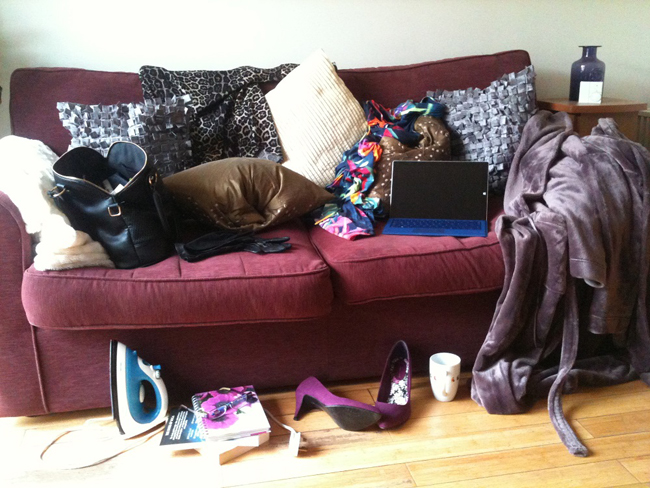 The “When Is It Time To Get Organized?” Test

The Organizing Lady / September 8, 2015
You've probably wondered, "When should I get organized?" and never really came up with an adequate answer for yourself. So,...
Read More
get organized, professional organizer 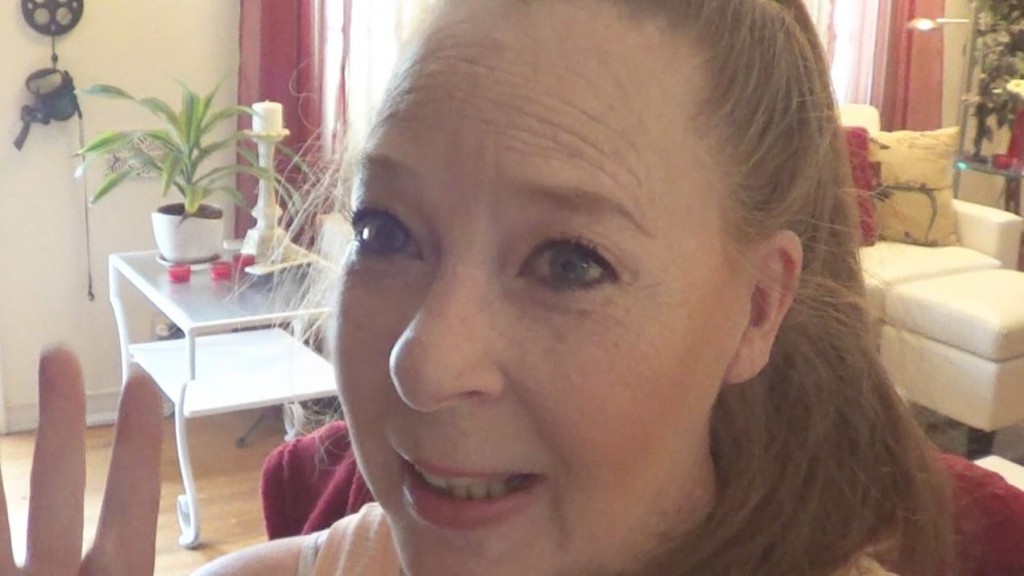 Video: Styling Your Home To Be Organized

The Organizing Lady / September 5, 2015
In this video I walk you around my house to show you some of the organizing solutions I use for styling your home to keep organized. These are just some of the things I use to store "stuff" in that, as I kept saying in the video, is "cool." (I may have over-used the word "cool" a bit!).
Read More
organizing solutions, space savers 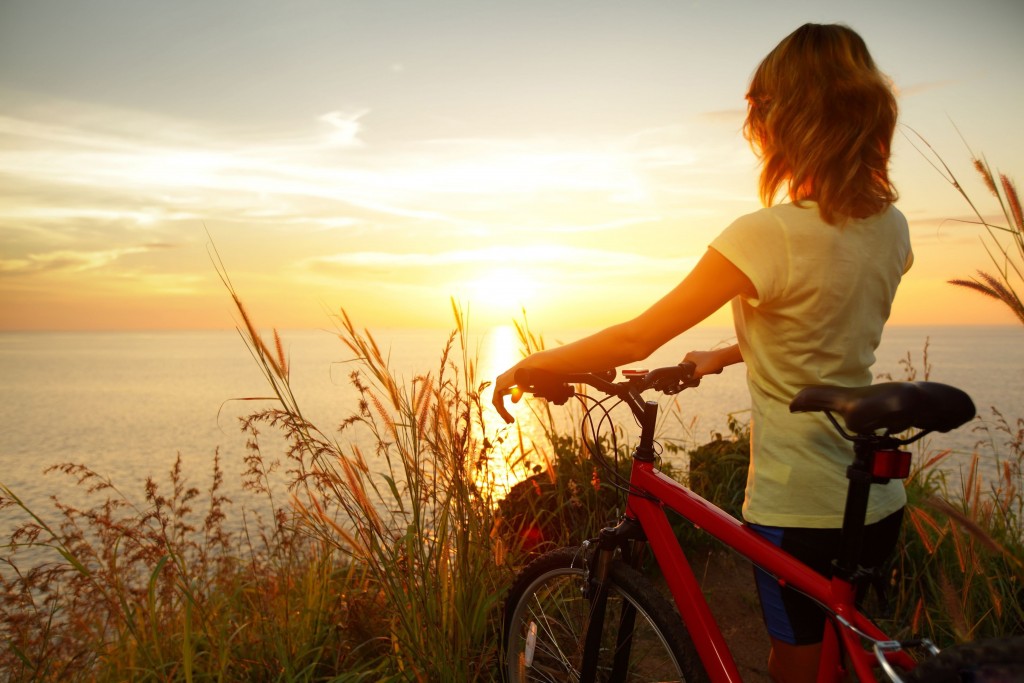 A Nice Space Reflects You, Only Better

The Organizing Lady / August 24, 2015
When I came across the hashtag #YouOnlyBetter on Twitter, my head flooded with ideas relating to home organizing. Because we...
Read More
room makeover 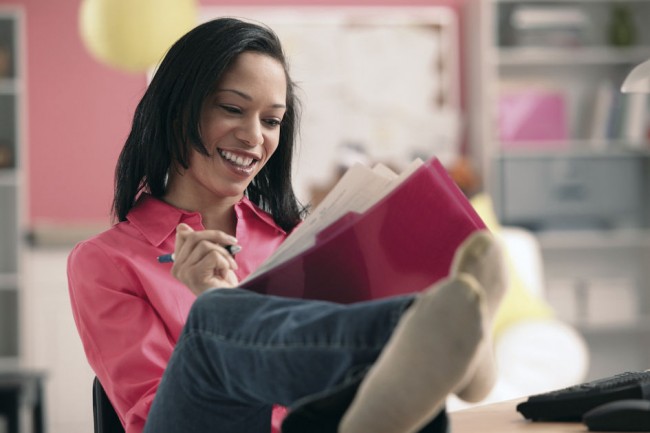 What Being Organized Has In Common With Happiness

The Organizing Lady / August 21, 2015
Happiness comes about in many ways and in many forms. Who knew one of those ways was being clutter-free? When...
Read More
happiness, live minimal 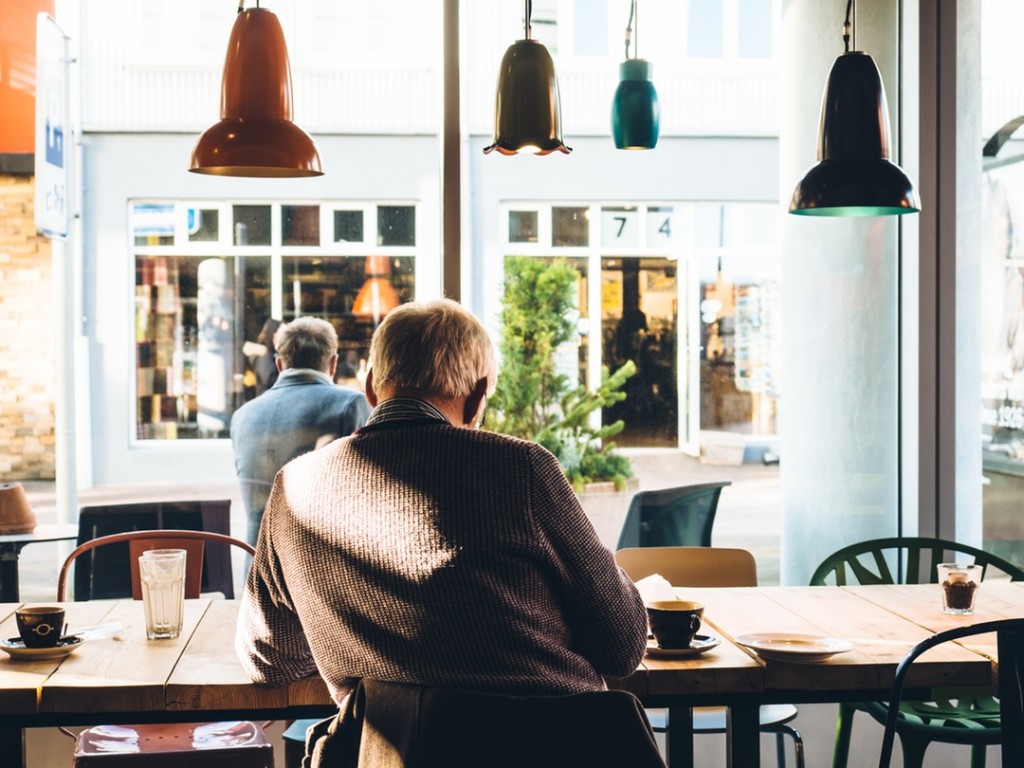 The Organizing Lady / August 19, 2015
From years of keen observation as a professional organizer, I noticed that organized individuals have certain things in common. They...
Read More
organized habits, organized traits 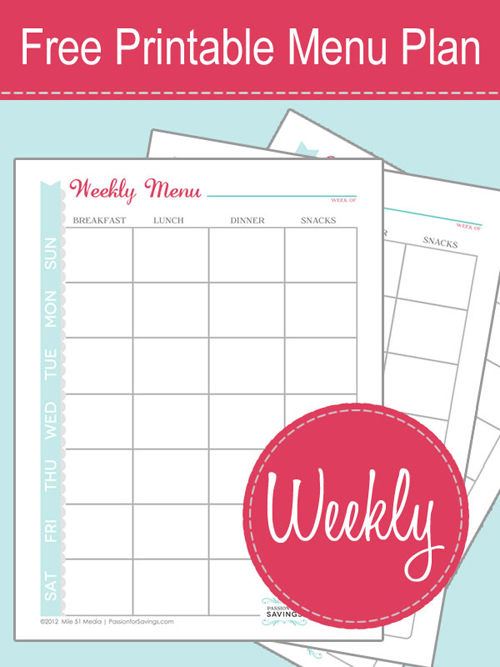 List It With Styled Checklists To Help Keep You Organized & Ready

The Organizing Lady / August 10, 2015
There's nothing like feeling and being prepared and all it takes is a bit of planning. Sure, last minute plans can give you a rush (in more ways than one!) but it's just better to know before you go, ya know? So, without further ado, here are some Printable Prepared Checklists to make your life a little easier ...
Read More
budget planners, cleaning checklists, emergency plan checklists, goal lists, grocery lists, holiday planner checklists, menu planners, moving checklists, party planner checklists, to do lists, travel checklists 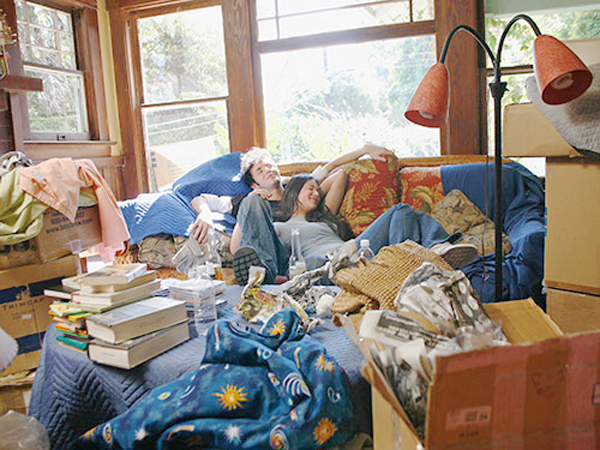 Commentaries For a laugh

The Organizing Lady / August 7, 2015
Usually when someone calls me for help with their home or office organization issues it's at the disaster point and beyond. At the point of no-visual return is the time that baffles me the most. Because, when it gets real bad a person has to wonder how anyone in that space survived this long, and if they even realized it's probably been bad for more than a day, or even a week. I came to realize that there is a degree of observation failure and, for this, you may want to look around again as if you've never set foot in your place before.
Read More
clutter injuries, clutter issues, disorganization 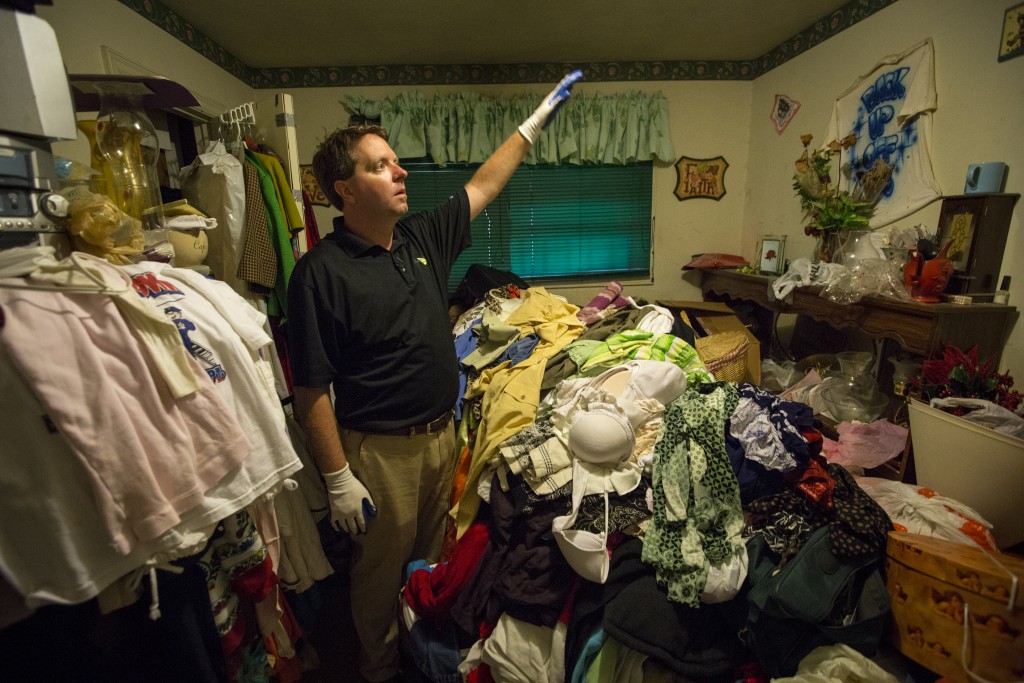 A Talk With Matt Paxton of TV Show Hoarders

The Organizing Lady / August 5, 2015
As I entered the lobby of the Hilton Universal City, I had a purpose – to meet the man who has been instrumental in changing the lives of so many people. And not just ordinary people, but people with a desolating and life-altering problem: hoarding. To be fully prepared, I knew my first stop should be the Starbucks stand inside the hotel. I wasn't standing there more than a few seconds when I saw a cheery-looking fellow approach the stand. I instantly recognized him - it was Matt Paxton. And he was the man I was there to talk to.
Read More
hoarders, hoarders tv show, hoarding, lifetime tv show 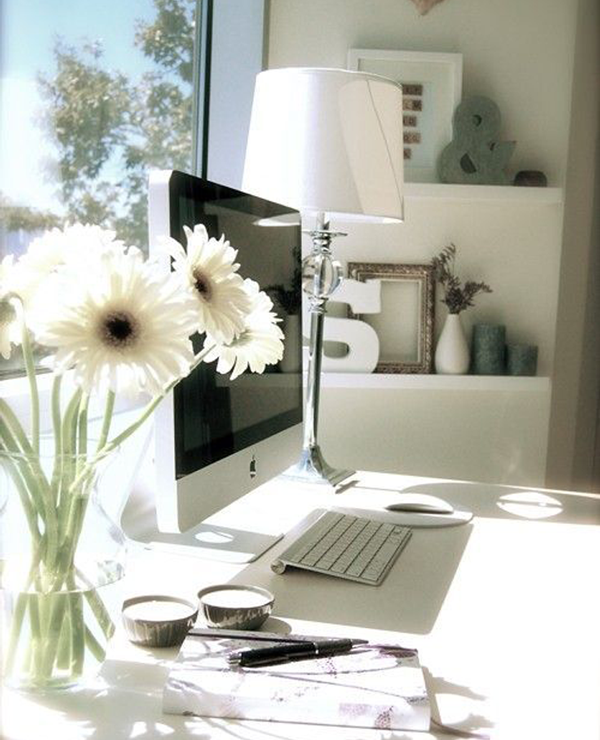 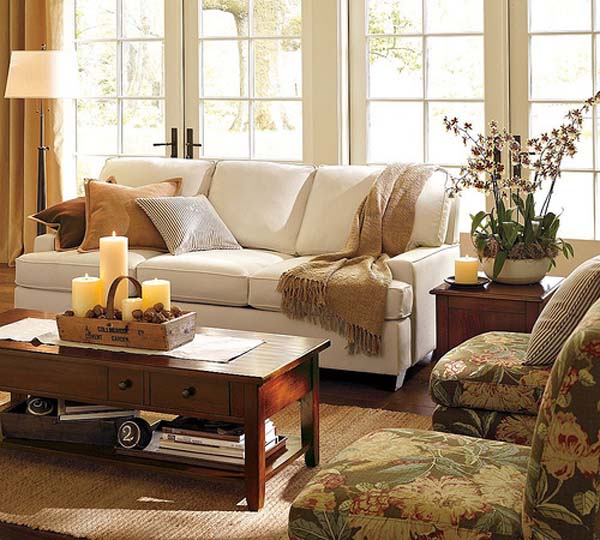 8 Simple Ways To Reclaim Your Messy Space In A Hurry

The Organizing Lady / July 29, 2015
Let me see, you've got some stuff in your living space that is taking away from the aesthetics you once created in it. Maybe it's the kid's stuff, maybe it's the spouses, or maybe it's your own stuff that never found another home space? What'cha gonna do? I've seen this happen all too often, and it usually begins with walking in the front door and dropping stuff off nearby. The situation continues as it becomes a dropping place for many other things now - like returns to the store, gifts you purchased, bins filled with donation items, and so on.
Read More
bathroom decor, bedroom decor, bookshelf decor, home office decor, interior decorating, kitchen decor, living room decor 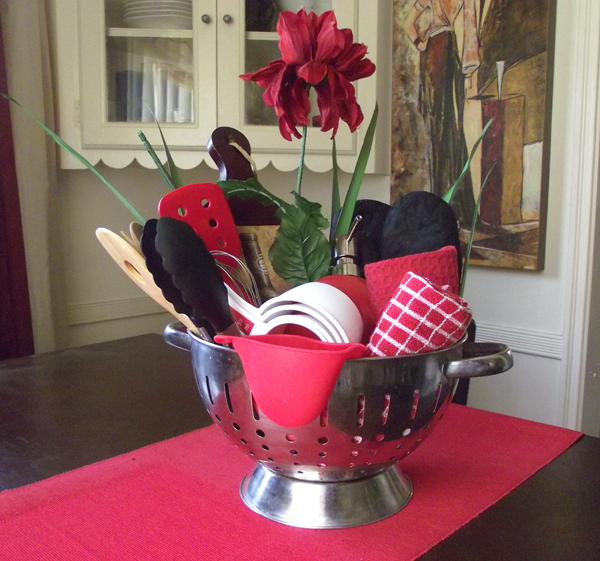 Recycling Stuff To Your Friends As A Cool Whatever Gift

The Organizing Lady / July 27, 2015
Want to get rid of the stuff you don't want and make yourself a superstar friend at the same time? Then maybe try re-gifting your stuff. Also, when you need a gift, there's also the factor that you may have neglected to go shopping for that birthday gift. Or maybe you'd like to bring something with you for the host at a dinner party. Whatever the occasion, you just need a last minute gift.
Read More
gift baskets, gift ideas, last minute gifts, re-gifting 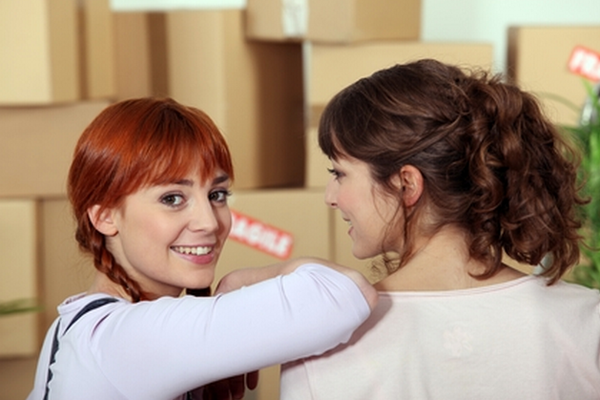 10 Savvy Solutions That Roommates Can Use To Organize Shared Spaces

The Organizing Lady / July 24, 2015 / 1 Reply
It goes without saying that roommates need to set ground rules (oops, I said it!). So, let's move on to how they can live in harmony around their shared home spaces. Now, although I can't help you in the personality conflicts area, I can help you create a balanced home environment to achieve harmony. Let's start in the kitchen, the most shared space of all.
Read More
bathroom organization, clutter-free, food labeling, house sharing, kitchen organization, roommate organization 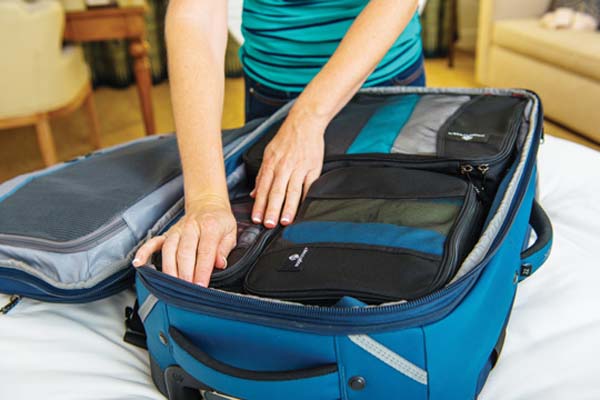 The Organizing Lady / July 22, 2015
Get ready 'cuz here you go (my spin-off of the song Great Ready 'Cuz Here It Comes by Rare Earth). Okay, so maybe if I start this off corny the rest of this will sound better. When it comes to travel, you'll want to organize things in your carry on bag or travel case in the most efficient way possible. Not only will this organize everything in nice little cases, but it makes it easier to settle in at your destination.
Read More
bagpod, eagle creek, organize your trip, pack it bags, red dog bags, travel bags, travel ware 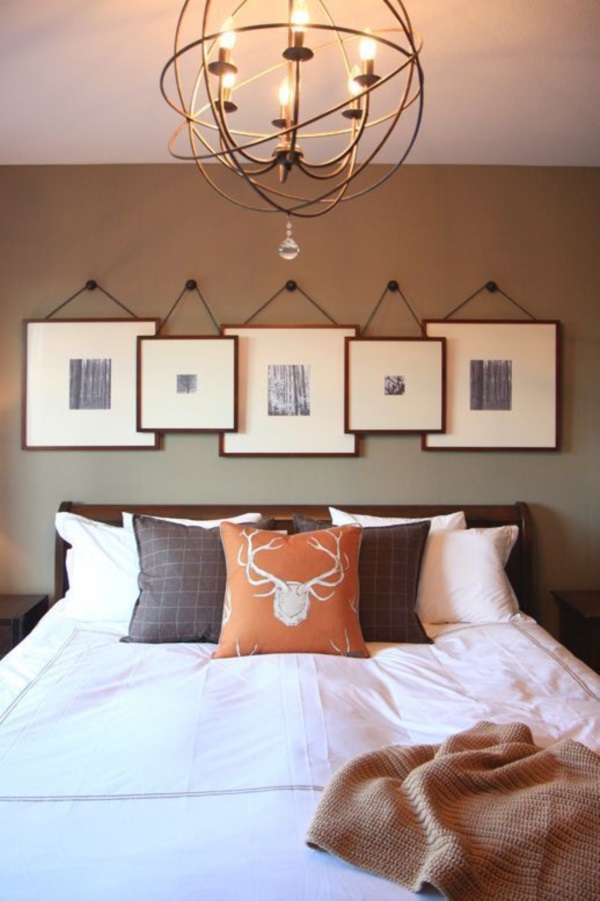 The Organizing Lady / July 20, 2015 / 2 Replies
There are a plethora of awesome ways to display all those photos you love, and I've gathered some of the most creative ones I found. I figure that one or more of these might inspire you to show them off as a piece of art for your room's design instead of having them sit inside some album or box. While some of these displays are DIY projects, I wanted to select the ones that would be easiest to put together yourself.
Read More
photo collections, photo displays, photo projects, photo wall designs 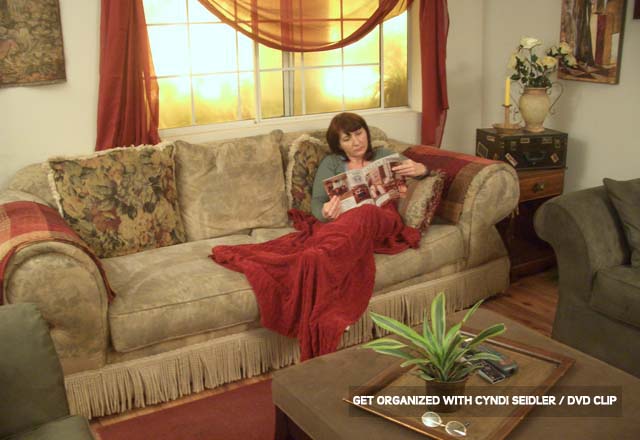 The Organizing Lady / July 17, 2015
Giving a space-lift to a cluttered home is like a face-lift to your face - you are giving your space...
Read More
declutter, design on a dime, organizing solutions, room makeover 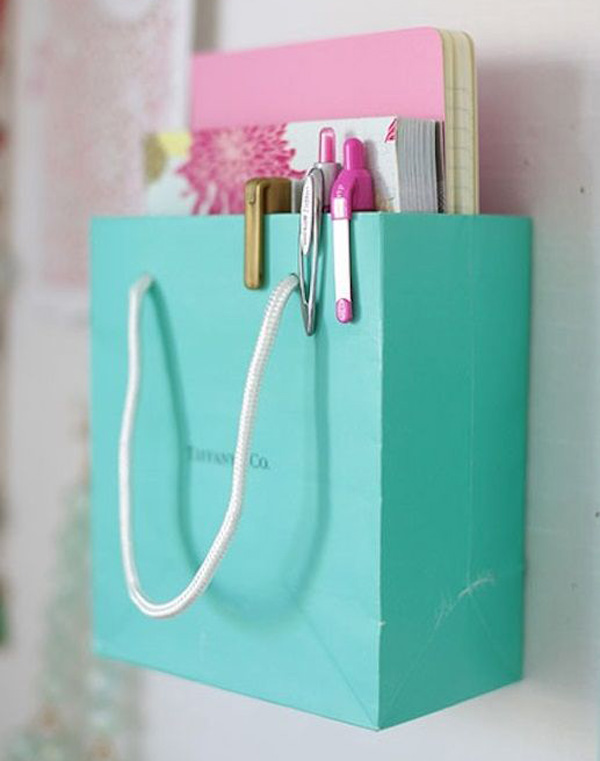 The Organizing Lady / July 13, 2015
When you have a home organization issue, there are very ingenious ways to fix it. A quick fix, really, you may ask? Just how quick? Well, it depends on how fast you can move. Since there are dozens of ways to get organized using various organizing solutions, the ones I wanted to show you here are the quick fix solutions - especially since you already may have some of these around your house already.
Read More
home organization remedies, organizing solutions 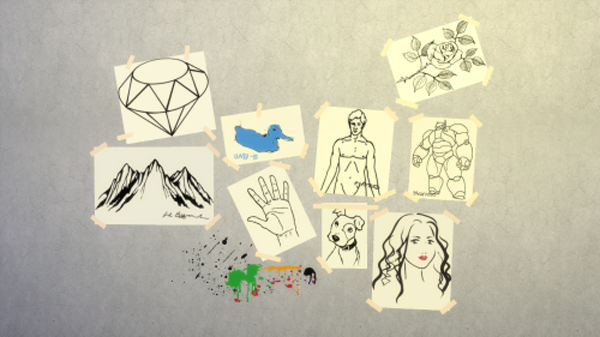 The Organizing Lady / July 10, 2015
Tired of your clutter? Don't feel like throwing it away? Now you don't have to let your clutter sit around as an eye-sore and without purpose. You can take some of those things and use them to do a bit of decorating. And although you still have to deal with the clutter in order to do this, you still get to end up admiring it.
Read More
clutter art, clutter displays 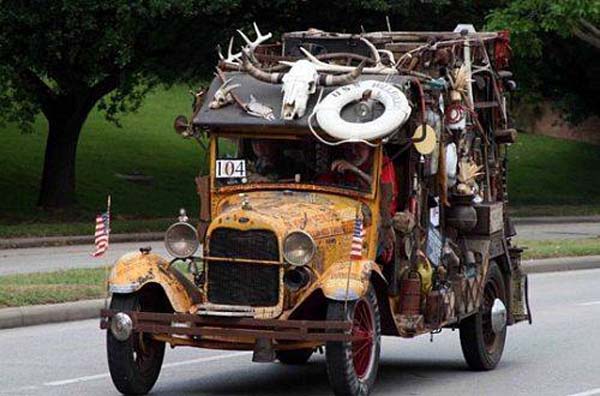 The Organizing Lady / July 8, 2015
Clutter can be said to be in the eyes of the beholder. Some person's "organized" paper pile mounds might another person's view of clutter. Another person's treasured collection of stuff over-powering a room might be another person's vision of ugly. The question remains - is it clutter or is it some sort of functional disorder? Or maybe even a work of art ... Whatever it is, it's someone's organized clutter. And, as I said, it's all in the eyes of the beholder ...
Read More
clutter art, decorated junk, junk art, repurposed clutter
« Previous 1 2 3 4 5 6 Next »