Organizing A Photo Collection Into The Digital Space

Got lots of photo prints? Many people do, especially in the days when we had photos developed.

Well, a mother of a friend of mine decided it was time to share all her accumulated photos with the entire family. Organizing a photo collection was the first part of this hefty project, so she organized them into large zip-lock Hefty storage baggies for each member of the family, and dumped every photo and keepsake item into the appropriate baggie. 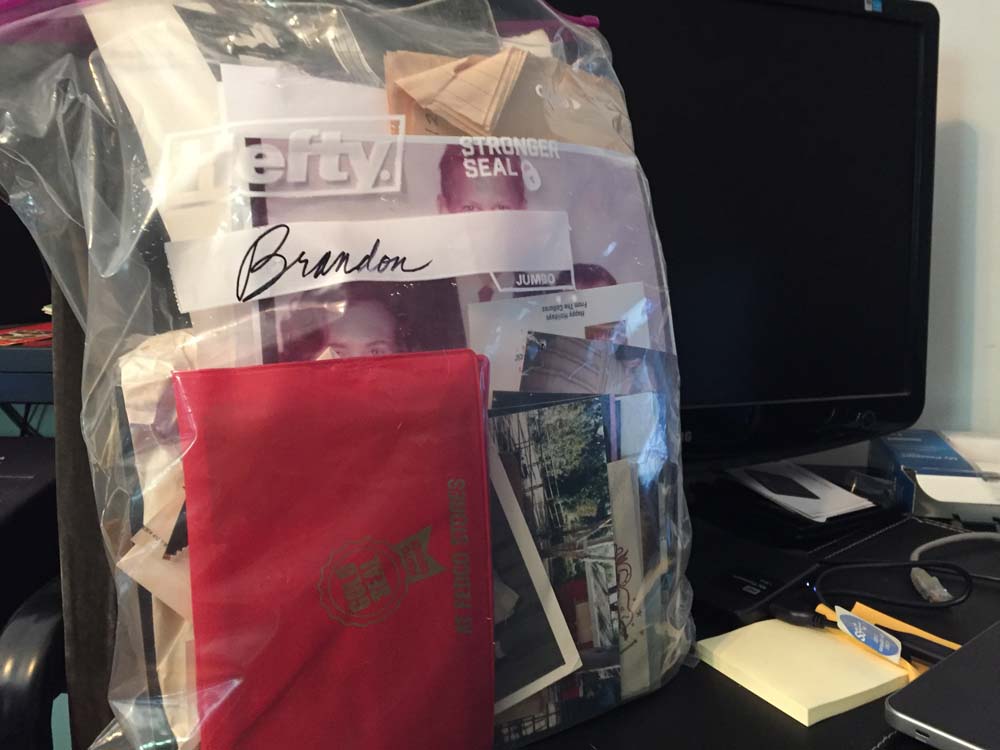 This was a large family with lots of grown kids and their family and cousins and aunts and uncles and so forth. So the collection of photos was mind-boggling. Pictured below is just one box of this collection! 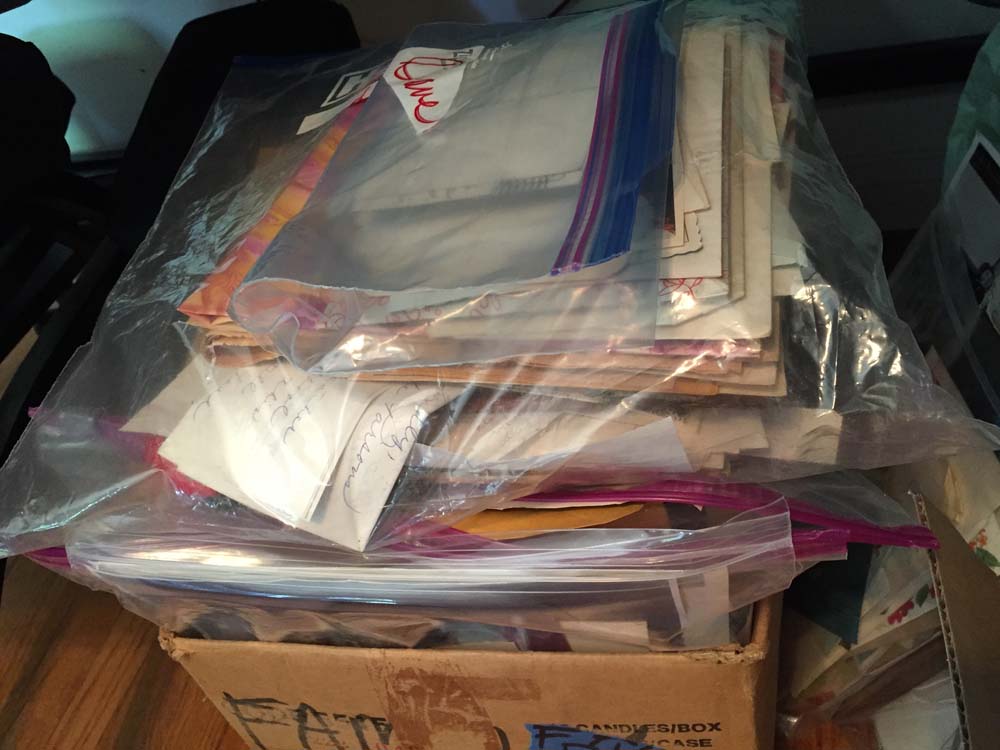 My friend said, “Hey mom, it’s the digital age. Why don’t we scan all the photos too?”

This was a brilliant idea because everyone in the family would also have digital photos. And, although the task was a daunting one at first due to the number of baggies and photos, it actually wasn’t so bad once the task was started.

The first order of business for this project was to get a photo scanner appropriate for this type of job. So my friend decided that a Epson V550 Photo scanner would be the machine to make this project go faster, so she purchased one.

She could put several photos on the glass and the scanner would scan each one. Not only that, but she could scan entire pages from a photo album. 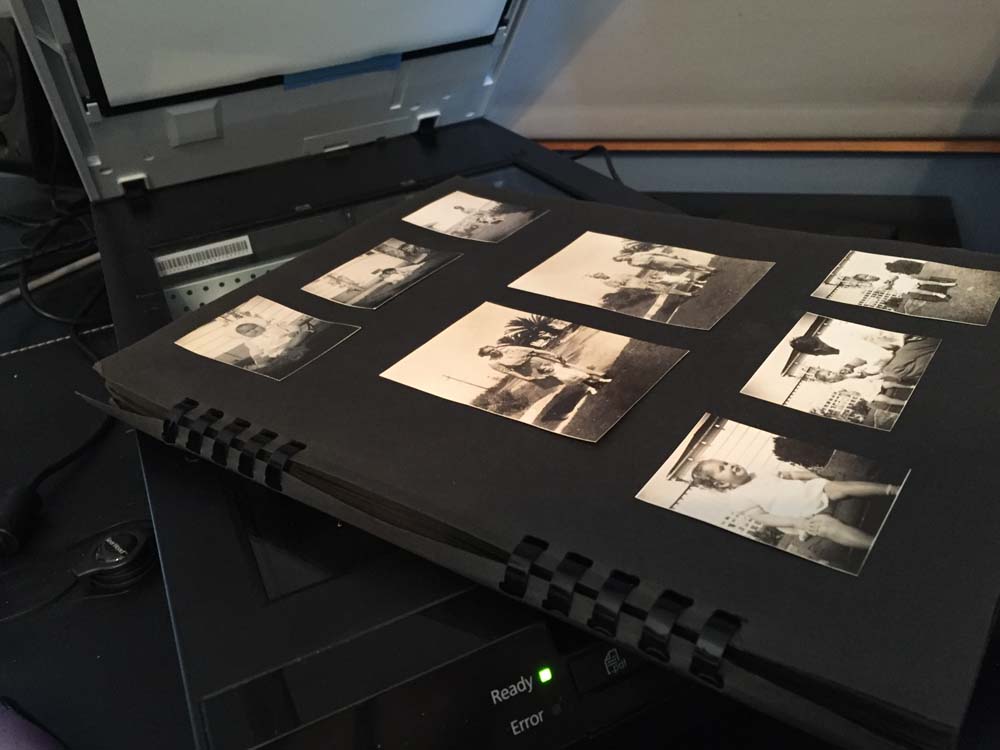 The scanned photos went into the “Pictures” folder on her computer. Within 5 hours (over the course of a few days spending less than a couple hours at a time) she had over 600 photos scanned. The job was only half done, but progress was being made! 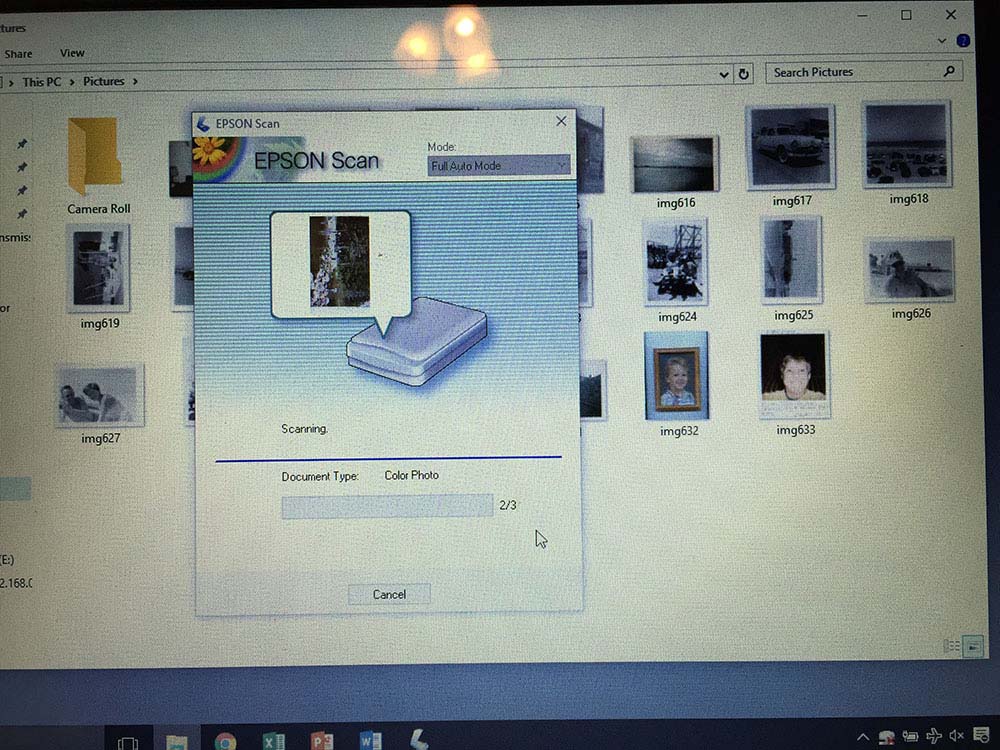 Since her computer could only hold so much, the time came when she had to move the scanned photos to a WD Passport portable hard drive. This freed up the hard drive space in her computer to allow her to continue scanning more photos. 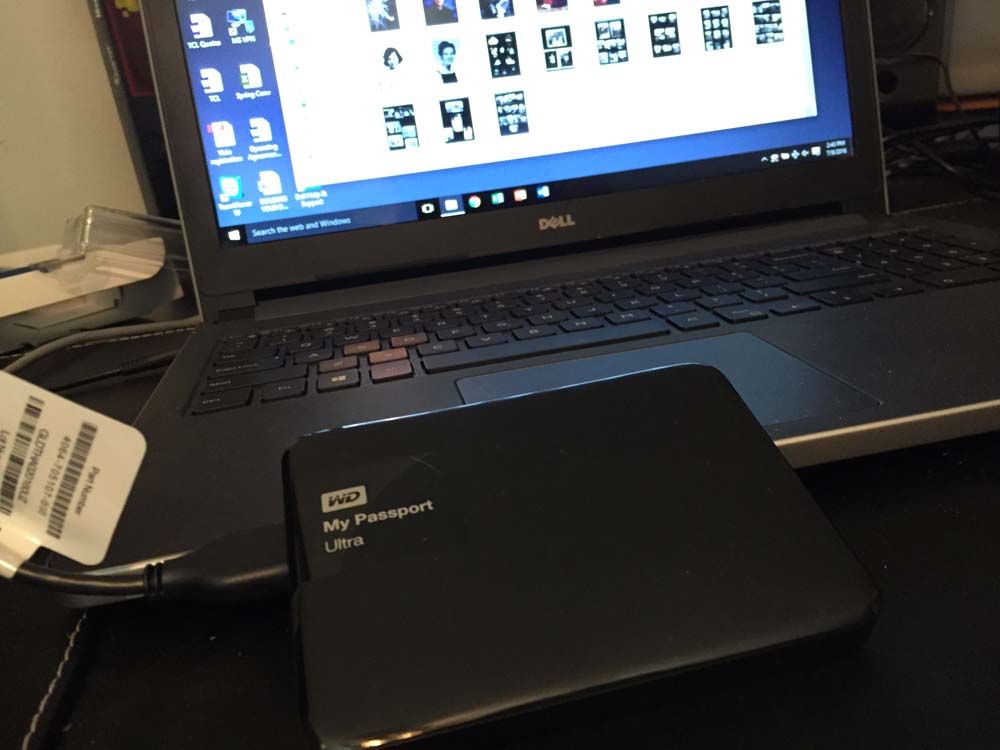 She didn’t spend time renaming the photos because that adds a lot more time to the project. So it’s a good idea to organize the photos into named folders. 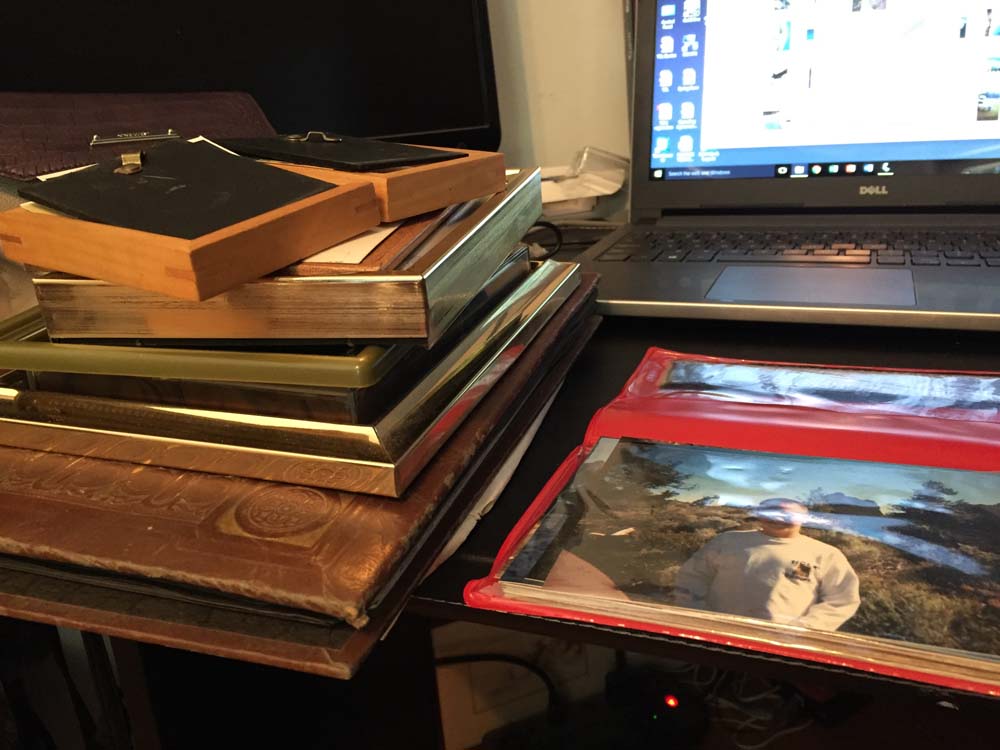 The beauty of this project is that now all the family photos can be shared among the family for years to come. And those memories will always be there to find – a lot easier than sifting through boxes and packets of photos, or even photo albums to find a photo memory.